Thierry Breton: Is Macron new pick for the EU Commission a smart move? - EU-OCS - European Observatory of Crimes and Security
Latest news on Crime and Security in Europe 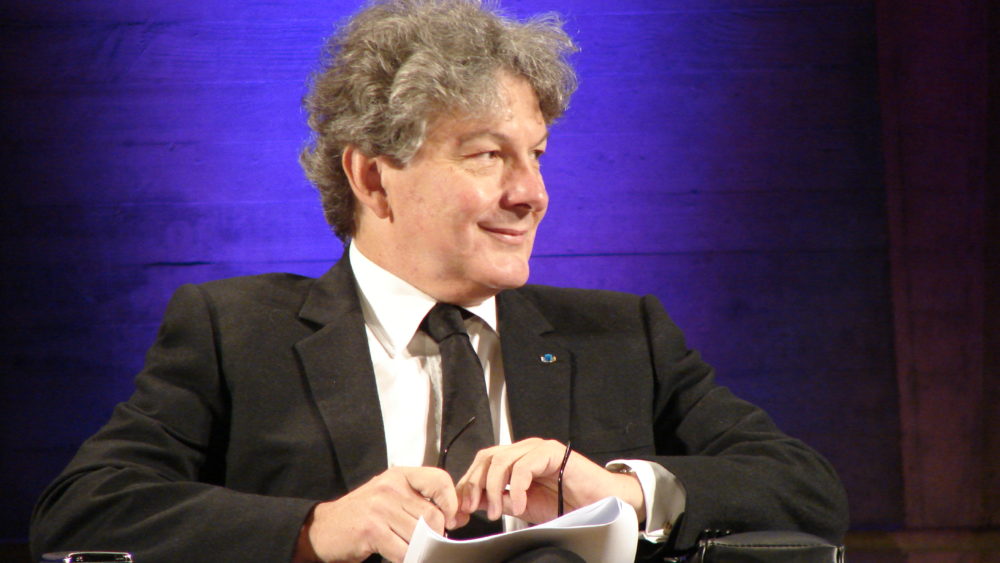 Thierry Breton: Is Macron new pick for the EU Commission a smart move?

Following Sylvie Goulard’s rejection by the European Parliament amid an inquiry over her alleged fraudulent use of EU funds and the generous retainer an American think tank paid her for over two years, French President Emmanuel Macron announced on October 24 his new pick: Thierry Breton. A former finance minister and current CEO of IT giant Atos, he is also the deputy CEO of online payment company Worldline. Confident of the outcome of his appointment as French EU Commissioner, Breton has already announced his resignation from his corporate positions, which is slated to happen on October 31st.

While some consider Breton’s decades-long business experience as a key asset for the expanded portfolio the French were promised by von der Leyen, his appointment is already facing strong headwinds. As soon as the news broke, French Green party boss Yannick Jadot came out saying “we will have conflict of interest issues”, while Manon Aubry, a leftwing MEP, quipped “How can you be in charge of independently regulating sectors of the economy when you have so many financial interests?”

In all fairness, it’s legitimate to wonder if the shares Breton owns in Atos and Worldline could exert influence on his policies regarding digital services or the internal market. Atos’ share price jumped 10% the day Breton’s proposed appointment was made public, which is sure to have made France’s possible commissioner a good deal richer.

Under Breton’s stewardship, Atos doubled revenues to €12.3 billion, as well as expanding into a number of sectors. The company now has its fingers in many governmental contracts in the EU, ranging from computer outsourcing to IT systems designed for public authorities. But not all that glitters is gold, and the company has come under fire in recent years from many quarters over its business practices. In the UK, the company was lambasted by the National Audit Office for the way it handled a contract which sought to assess people’s “fitness to work”. Atos created an IT system which collected information from GP’s surgeries to assess if disability benefits were correctly allocated. Described as having acted “solely with its own short-term best interest in mind”, Atos’ invoices rose three-fold from an intended price of £14 million to £40 million. Beyond this cost inflation, the contract drew even more criticism because it pushed people back to work even when they had serious health issues (such as cancer or handicaps).

Atos’ lineup of contracts in the UK is impressive to say the least: the UK Department of Health, the Scottish National Health Service, the Ministry of Justice, as well as Her Majesty’s Revenue and Customs. The latter contract is of particular interest: Atos was chosen as a security solutions subcontractor for the tracking and tracing of tobacco products by De La Rue, a controversial British security firm.

The De La Rue contract rose eyebrows from activists and anti-tobacco voices, who were quick to point out that Atos has been directly involved with the biggest tobacco companies for their data storage systems. Worse, it has helped develop Philip Morris’ “Codentify” system, a track and trace solution that has been embraced by all big tobacco majors. As Anna Gilmore, director of the University of Bath’s Tobacco Control Research Group put it, “Codentify is not up to the task and worse than that, it puts the fox in charge of the hen-house,”

During Breton’s tenure as CEO, Atos become a major actor in the tracking and tracing of tobacco products. On top of the data storage contracts with tobacco majors, no less than 6 member states have direct or indirect contracts with Atos (or through sister company Worldline) for their track and trace systems: the Czech Republic, Denmark, Lithuania, the Netherlands, and the UK. This is problematic as Atos’ work with Big Tobacco contradicts the World Health Organization’s regulation prohibiting track and trace systems being implemented by companies with ties to the industry or to the Codentify system, conceived to avoid independent public scrutiny.

It is not only in the retail sector that Thierry Breton’s firm has faced controversies. Indeed, in his home country, the company has been under investigation following a complaint of the French anti-corruption agency. The agency claims that, during his tenure as minister, Breton awarded a government contract for speed cameras to Atos. A year after stepping down as minister, Breton became the CEO of Atos, raking in millions as a result. In the wake of the gilets jaunes crisis, which also saw the destruction of three quarters of France’s speed limit cameras, the appointment of the man who benefited from their installation is almost insulting.

Yannick Jadot and Manon Aubry may still have the last word: Breton will have a hard time persuading the European Parliament that his multifaceted business interests and involvement in unsavory contracts do not disqualify him for what is lining up to be the most influential commissioner portfolio. Macron’s gamble is that the EPP’s support for Breton will be enough to push him over the finish line. But the French President’s cynical move deals a new blow to the notion that conflicts of interests actually matter in the corridors of power.