The murder of Lyra McKee, a turning point for Northern Ireland? - EU-OCS - European Observatory of Crimes and Security
Latest news on Crime and Security in Europe 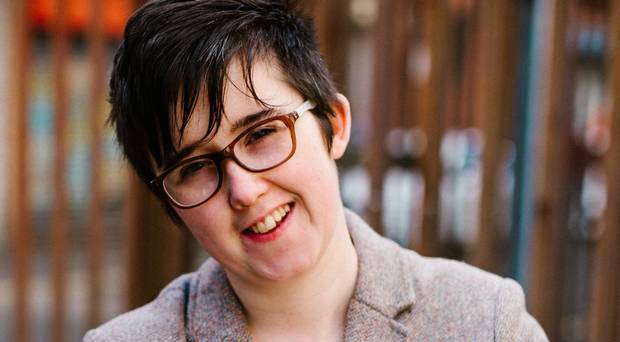 The murder of Lyra McKee, a turning point for Northern Ireland?

Northern Irish journalist Lyra McKee was killed by the New IRA one month ago last Saturday. The bullet that hit her also struck at the heart of a community, and indeed, an entire generation – the so-called ‘ceasefire babies’ – those born after the signing of the Good Friday Agreement in 1998. It was them that she wrote about in her journalism, a generation that still bears the scars of history even as it seeks to write its own future. It was her calling as a journalist that brought her to the front line of a riot in the Creggan area of Derry on the night of Saturday April 18 and into the path of a bullet fired indiscriminately by forces hell-bent on preventing Northern Ireland from turning the page on its past.

The journalist’s death rekindled memories of “The Troubles” that tore Northern Ireland apart for three decades, pitting Catholic nationalist supporters of a reunified Ireland against Protestant Unionists loyal to the British Crown.

More than 3,000 people lost their lives before a peace deal was finally signed on Good Friday 1998. The Good Friday Agreement, as it came to be known, resulted in the withdrawal of British forces and the disarmament of the Irish Republican Army (IRA).

While the official IRA decommissioned its weapons and Sinn Fein, its political representatives, entered into a power sharing government with their foes in the Democratic Unionist Party, there remained a rump element of discontents who rejected the agreement because it failed to deliver a united Ireland.

According to Marisa McGlinchey, Assistant Professor in Political Science at Coventry University, dissident republicans oppose the Good Friday Agreement because “traditional republicanism rejects any form of internal power sharing within the state of Northern Ireland.”

Dissident republican groups intent on pursuing the armed struggle have emerged in various incarnations since the Good Friday Agreement, but security experts agree that none have proven as lethal as the New IRA.

“They’re armed and deadly and, yes, they’ve been showing their strength and fresh recruitment in recent months and weeks. The situation is growing, they’re gaining members and experience,” one security source told the Irish Daily Mirror in July 2018.

The New IRA was formed out of a smattering of smaller republican groups in 2012 and is thought to have around 200-250 active members operating on both sides of the Irish border. Their first headline-grabbing attack was the murder of prison officer, David Black, who was shot dead as he drove to work at Maghaberry prison in 2012.

It was also blamed for the death of prison officer Adrian Ismay, after a bomb exploded under his van outside his home in Belfast in 2016.

Some of its members were also linked to the murders of off-duty British soldiers, Mark Quinsey and Patrick Azimkar as they took delivery of a pizza outside Massereene barracks in Antrim.

Last January the terrorists planted a car bomb outside a courthouse in the centre of Derry city.

It exploded shortly after dozens of people, including a group of teenagers, had passed by the vehicle, but nobody was injured in the blast.

This was followed by the discovery of parcel bombs at London Heathrow Airport, the post room at London Waterloo railway terminus, and at offices near London City Airport. Another explosive was sent to Glasgow University, while a fifth device was discovered in a post office in the Irish city of Limerick. The New IRA claimed responsibility for sending the parcel bombs.

On the night that Lyra McKee was murdered, she was covering riots that had broken out in the nationalist the Creggan housing estate as the police searched for weapons they suspected could be used in the upcoming Easter Rising commemorations, when nationalists celebrate a rebellion against British rule that took place in Dublin in 1916 – an event that is often marked by violent clashes with the police.

In the initial days following her death Northern Irish police said they saw a “palpable change” in the Creggan, which like most nationalist areas harbours a lingering distrust of the authorities, with residents reluctant to come forward to help in their investigations.

However, in the case of Lyra McKee police said that more than 140 people have provided images, footage and other details to support the investigation.

Further evidence of this apparent change in attitude could be seen on the emblematic wall of the Free Derry Corner, a symbol of nationalist resistance, which was inscribed with the message “Not in our name. RIP Lyra”. Also in Derry, Lyra’s friends held a protest at the headquarters of dissident republican group Saoradh (who are regarded as representing the political voice of the New IRA) by placing red handprints on the building’s wall.

Sinead Quinn, a friend of Ms McKee who took part in the protest, said: “We have used red paint because they have blood on their hands for what has happened.”

Much of the commentary surrounding Lyra’s death has focused on how the lack of a government in Belfast, which collapsed in January 2017 amid a bitter row between the DUP and Sinn Fein, has created a power vacuum that paramilitary organisations are only too eager to fill.

Likewise, the threat of a return to a hard border in Ireland if the UK exits the EU without an agreement on a customs union has also been blamed for the surge in Republican attacks.

However, others advise caution in ascribing a direct line of causation from the collapse of the Belfast government and Brexit to the rise in violence.

“Recent activity by the New IRA is not a consequence of Brexit or of the current political vacuum in the North of Ireland,” argues Marisa McGlinchey.

“The New IRA is continuing the traditional republican campaign for Irish unity.”

“However,” McGlinchey adds “Brexit is seen as an opportunity to be exploited and members of Saoradh have stated that they hope Brexit will be as hard as hell as it is a reminder to those who need it that the border is there.”

While nobody has yet been charged with Lyra McKee’s murder, the breadth of condemnation against those responsible suggests that what little support may have remained for armed an armed Republican struggle in Northern Ireland has all but vanished.

Speaking to the BBC Bishop Donal McKeown of Derry said:

“The one liberation they require in that community is liberation from Saoradh [which means Freedom in Irish],”

“We don’t want to be laboured with a reputation that comes from a small group that represents a small number of people but is actually a danger to all of us.”