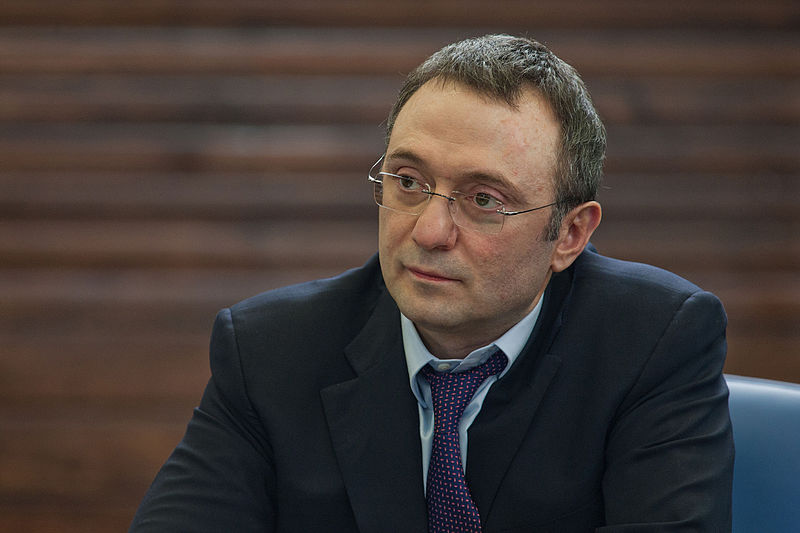 Billionaire Russian businessman and senator Suleiman Kerimov has been released on bail in France following his arrest on Monday on suspicion of tax evasion relating to the purchase of multimillion-dollar villas in the south of France. Kerimov, who is estimated by Forbes to be worth over $6 billion, posted bail of $6.9 million and surrendered his passport to the authorities. He was ordered by the judge not to leave the immediate area and to check into a police station several times a week.

The senator, who made his billions as the owner of Polyus, Russia’s biggest gold producer, had been under investigation by French prosecutors for three years in relation to properties he bought through shell companies that would have allowed him to reduce his tax burden to the French state. Included among these properties is Villa Hier which featured in the Hollywood movie Dirty Rotten Scoundrels and cost $150 million. On paper the villa is owned by a Swiss businessman but French prosecutors believe its real owner is Kerimov.

The Russian government has expressed shock and anger at the arrest of Kerimov who, as a senator, holds a diplomatic passport.

“The senatorial status of Suleiman Kerimov and the fact that he is a citizen of Russia guarantee that we will do everything in our power to protect his lawful interests,” Dmitry Peskov, spokesman for President Vladimir Putin, told reporters on Wednesday. Reports indicate, however, that at the time of his arrest Kerimov was not travelling on his diplomatic passport and was not representing the Russian government.

Last year Kerimov was named in the Panama Papers leak for allegedly lodging $160 million into offshore accounts that benefited President Putin. In March, he was given an award by Putin “For Services to the Fatherland.”

Kerimov’s reputation as a big spender has made international headlines before. In 2011 as the owner of Anzhi Makhachkala, a football club in his native Dagestan Kerimov signed the Cameroonian striker Samuel Eto’o from Inter Milan for a fee of 20 million euro per season. He also bought Brazilian footballer Roberto Carlos a $3 million Bugatti Veyron as a birthday present and paid Amy Winehouse to perform at a private party.

Forbes Russia reported that shares in Polyus fell by more than five percent on news of his arrest for tax evasion and money laundering, charges which Kerimov denies, according to Russia’s Rossiya 24 TV station.