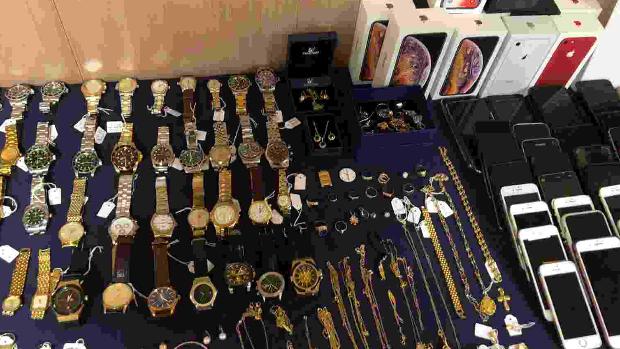 Dozens of arrests have been made in Spain, Romania and Portugal in a coordinated operation targeting a large-scale pick-pocketing organisation that used the “hug-mugging” method to steal more than 1 million euro worth of belongings.

Thirty-eight suspects were arrested in Spain, 3 in Romania and one in Portugal, including the ringleader of the criminal network. Sixty-six luxury watches, including 25 Rolex watches, were seized, alongside a substantial amount of expensive jewellery and over €40, 000 in cash.

Spanish media reports that 335 high-end vehicles were confiscated in Spain and 20 in Romania, while 10 luxury mansions and numerous bank accounts and financial assets were also seized.

The investigation began in November 2018 in Malaga when Spanish National Police learned of the existence of an itinerant criminal organisation that specialised in sometimes violent robbery by “hug mugging”.

This type of theft consists of approaching the victim and asking them for directions or other assistance and then thank them with a hug, during which time they steal their watches, bracelets, necklace or mobile phone.

They would then flee in a waiting car, collect all the stolen goods and send them to Romania where they were sold, and the proceeds laundered through front companies.

Over the last years, the authorities in Spain received close to 6.000 complaints about the criminal group. Spanish investigators found links with another Romanian clan, based in Spain, who transformed the proceeds of the crime into bars of gold and silver, which were then transported back to Romania.

The gang’s estimated profits amount to over 1 million euro.

The organisation was characterised by its highly mobile nature,  only staying for a few days in one area, usually in a rented rural property while they committed numerous robberies within a hundred-kilometre radius.

Thanks to international cooperation, coordinated by Europol, investigators learned that the criminal group acted throughout Europe, confirming its presence in countries such as Romania, Italy, Germany, Belgium, United Kingdom and France.