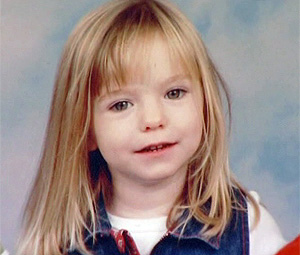 Europe’s highest court has junked an appeal of the prime suspect in the disappearance of three-year-old British girl Madeleine McCann.

According to a report by Euronews, the European Court of Justice (ECJ) quashed the appeal of a 43-year-old suspect known only as Christian B, whose full name was protected for legal reasons, after he was deported from Italy to Germany in 2018.

The suspect said he was “unlawfully” extradited as the highest court based its decision on his rape case of a woman in Portugal in 2005 and not on his drug charges.

According to the European Arrest Warrant (EAW), it was not possible to be tried for a separate charge to the one the suspect has been jailed and extradited for.

However, the ECJ noted that the Italian authorities’ consent was all that was needed for German prosecutors to pursue additional charges against Christian B, which in this case, the rape of the woman in Portugal.

On May 3, 2007, Christian B was convicted for raping a 72-year-old woman in Praia de Luz, the same resort where McCann, was staying when she disappeared.

Christian B is currently serving 21 months in jail for drug-trafficking in a high-security prison in Germany. He was due for release in January 2021.

Prosecutors feared that he may disappear if he was released as scheduled.

Christian B was slapped with rape charges in December 2019 and charged nearly eight years behind bars.

If his appeal in the rape trial is quashed in German courts, he was set to remain in prison until 2027.

Christian B was known as a “drifter” who frequently travelled between Germany and Portugal and who lived on the Algarve coast near the leased apartment where the McCann family stayed at the time the girl went missing.

German prosecutors believed the suspect killed her. His trial over the case is ongoing.