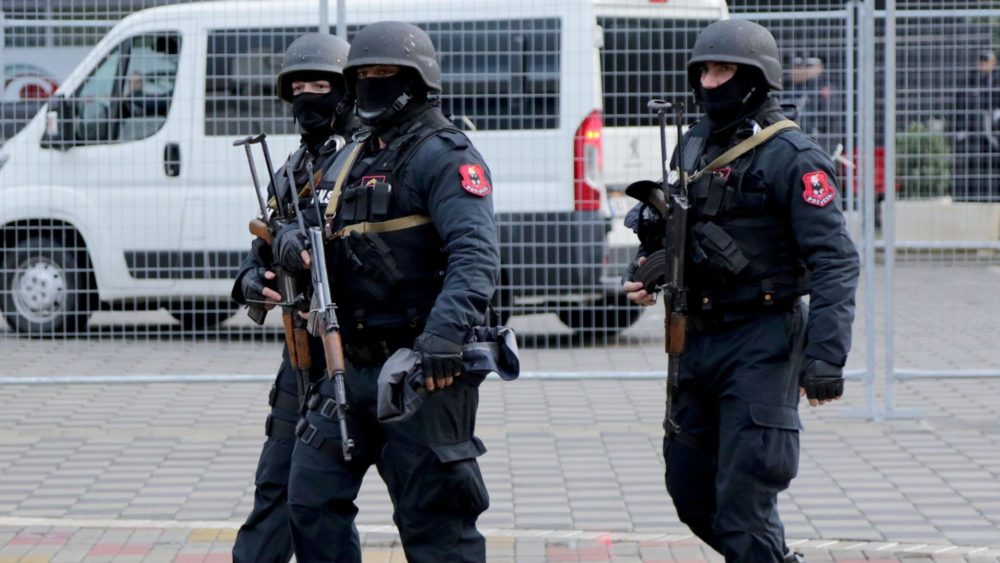 Albanian police announced on Wednesday that they have dismantled an Iranian terrorist cell operated by the Quds Force of the Revolutionary Guards of Iran. At a press conference in Tirana Police General Director Ardi Veliu said it had dismantled a four-man “active terrorist cell of the Iranian Quds force,” in charge of the Iranian Revolutionary Guards’ external operations. “The aim of this network was to attack the Iranian opposition [group MEK],” Veliu added.

The People’s Mujahedeen of Iran, also known as MEK advocates the overthrow of “religious dictatorship” in Iran. About 2,500 members of MEK have relocated from Iraq to a compound in western Albania since 2014 at the request of the United States. The leader of the group was said to go by the name “Peyman”, while another named member was Abdolkhalegh Malek Zadeh, an Iranian residing in Turkey, who is said to be also be involved in organised crime.

Zadeh was part of an international drug trafficking network headed by Abdulselam Turgut, a Turkish citizen arrested in Albania in 2011 on behalf of the German authorities – before escaping from Tirana where he was being held under house arrest, according to the Balkan Insight website.

In December 2018, Albania expelled the Iranian ambassador to Tirana and another diplomat for their alleged involvement in “activities undermining national security”. Meanwhile, two Iranian diplomats were expelled from the country following a planned attack on the Israeli soccer team. In January 2019, the European Union imposed sanctions on Iranian intelligence services and two of their leaders accused of involvement in a series of murders and plots that targeted dissidents in the Netherlands, Denmark and France.